In the battle of the bundle, customer experience is everything

During the television industry’s “Post-network era” we witnessed the dominance of the big three networks: ABC, CBS, and NBC deteriorate. Cable companies began to offer subscribers in the United States content “bundles” that included a variety of new and exciting networks at once economical rates. Finally there was choice, and plenty of it. 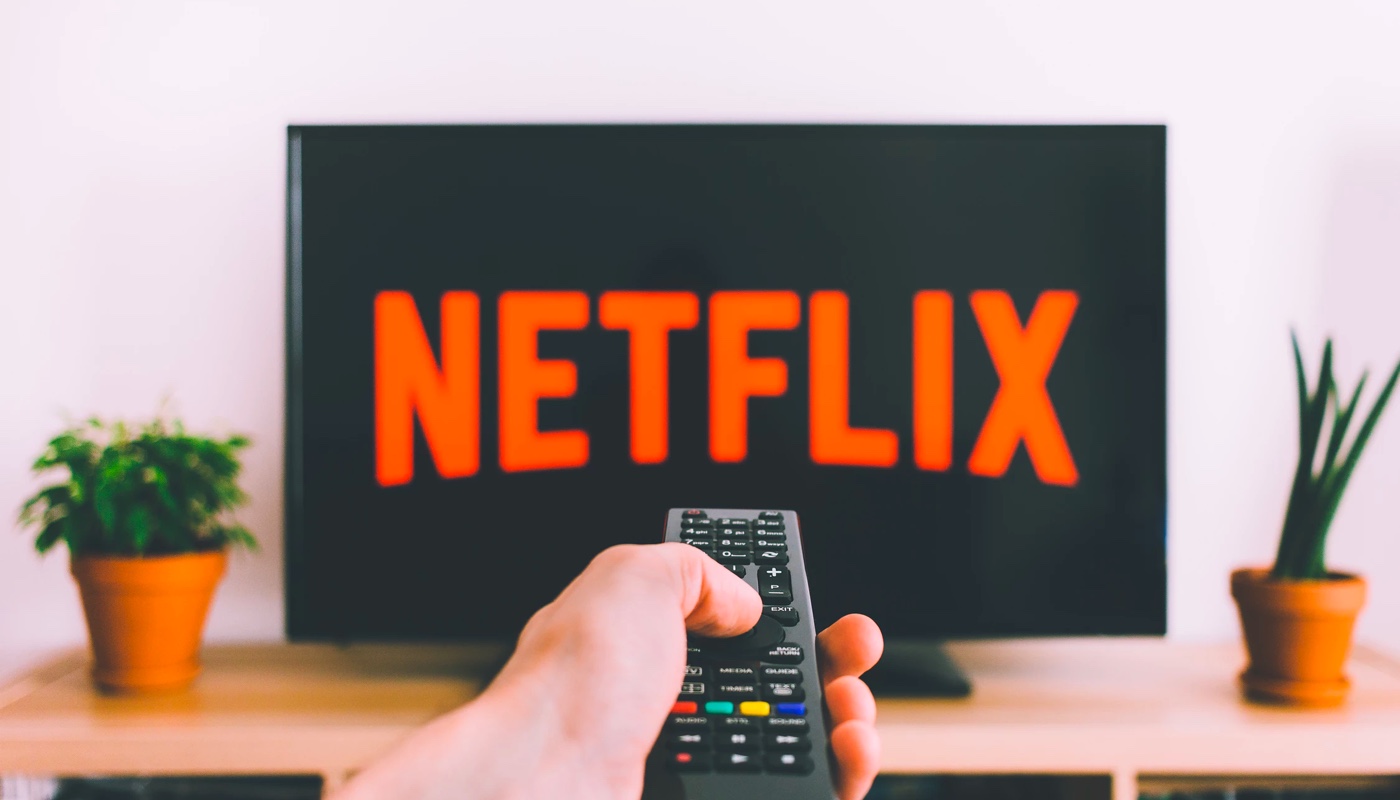 We traded our antennas for set-top boxes and for the first time ever, we had these choices and convenience almost custom built for each of our interests. New channels on TV that just by name, spoke to us directly. History. Music. Arts. Sports. It was TV on our terms, or so we thought.

Cable completely revolutionized how we watch TV. Let us not forget that. But in the last two decades, the internet has significantly challenged cable TV and the “bundle” as we know it.

Ever since Netflix launched its online video streaming service in 2007, video streaming has become a phenomenon. Along with Netflix, companies like Hulu and Amazon have changed the way we watch movies and TV shows. Today, Netflix has a base of 60 million subscribers in the U.S. Hulu’s just amassed 28 million and Amazon has somewhere around 26 million Prime Video subscribers.

The internet promised to be the great unbundler. The idea was, “why should I be forced to pay for a $100 cable package when all I watch are classic films?” And “why should I be restricted by device, time or place to access my programs?” All of the sudden cable didn’t seem to offer choice or convenience. We started to demand content “when I want, where I want, and how I want”

Over 300 streaming video services exist in the United States with several major entrants still on the way including Disney (later this year), Warner Media (early 2020), and Apple TV+ (this spring).

We’ve never experienced more choice and control…but it started to come at the expense of convenience and the experience of watching TV.

That’s because with the rapid changes and barrage of media content available, the dissolution of the channel “brand” and the rise of the show as the consumer “hero”, many users are becoming frustrated with navigating back and forth between applications and services just to access their preferred content. This consumer discovery conundrum has been plaguing distributors and programmers since the dawn of cable. It has created a “Paradox of choice” situation for consumers, who, according to Dr. Barry Schwartz’s 2004 book of the same name, are already anxious from their trip to the supermarket. And now this? Even more choices and confusion, and according to Schwartz, consumers are “suffering.”

How do we address this in the new era of broadcasting everything? The right form and function of your search, powered by the secret sauce of algorithmic curation can make or break the adoption, engagement and longevity of your solution. It hard, but not impossible.

Here is our base problem.

Platform A lacked what platform B had, and platforms C and D had content which the first two lacked altogether, leading around 47% of American consumers to express frustration at the ever-growing plethora of such services. No one wants to navigate back and forth between applications and services just to access their preferred content. Research continues to find out that consumers demand less friction in the consumption process. That’s where good UX comes in.

Speaking about theses challenges in 2015, Apple CEO Tim Cook told Buzzfeed, “Think about your experience today. Even if you’re fortunate enough to have the content you want to watch in an app, you sometimes don’t remember exactly where that show is, so you’re going to Netflix or Hulu or Showtime. You shouldn’t have to do that. It should be very simple,” he explained.

Apple, Roku, and Amazon have all created aggregator products that simplify the viewing process through their own bundles. Apple has the “Apple TV App”, Roku has “The Roku Channel”, and Amazon has their Prime Video service. All three products also offer add-on premium subscriptions which can offer the convenience of managing your subscriptions via one service instead of three or four. Much easier, right? For now maybe.

Virtual MVPDs like DirecTV Now, Hulu with Live TV, PlayStation Vue and Sling TV are bundled streaming services originally pitched as “skinny bundles” that offer customers access to live TV for a lower monthly cost than traditional cable. But they are becoming more expensive as they’re adding more content in order to compete with one another. According to Conviva, viewership of these platforms rose 108% year over year.

Bundles come in all shapes and sizes and pricing models including free such as the ones being offered by XUMO and Pluto TV, who was recently purchased by Viacom for $340 million. Now that’s a bundle.

And in an attempt to get consumers to maybe, just maybe, replace that cord they just cut, Comcast launched a new bundle called “Xfinity Flex” that aggregates apps including Netflix, Amazon Prime, Youtube, HBO, and others into a single interface and T-Mobile’s TVision which looks like regular cable delivered over the Internet. There are plenty of opinions out there on whether this play by Comcast will bear fruit.

As you can see, what was once old is becoming new again.

The advent of rebundling has forced UX designers and engineers like us to take a look at how users experienced TV. Of course, everyone wanted access to television and cable, but the annoyance associated with it was probably due to how cumbersome the whole process was. In case you need a refresher, getting cable meant waiting around for the cable guy to come set up your set-top box and paying inflated prices for just a bit of adequate content. On top of that, the whole contraption was clunky, untidy and was only restricted to the home.

A customer paying over $100 per month has the right to expect an elegant user-interface that works across multiple devices.

Typically Pay TV companies never had to compete for customers. These companies have monopolies in their service areas, so if you’re wondering why your programming guide is still stuck in the 1990s, this is why. You’re either going to buy TV service or you’re not.

That is until now.

Whether you’ve actually “cut the cord” or “spliced the cord”, consumers are basically swapping one bundle for another. The average American is subscribed to three video streaming services such as Netflix, Hulu, HBO Now, DIRECTV NOW, and others. You may not think of these services as bundles, however these companies aggregation of movies, TV shows, and networks is starting to look more like the traditional cable bundle.

Consider this: Netflix offers you 15,000 movies, TV shows, and documentaries and you only watch “Stranger Things” and “Orange is the New Black” is that any different than having access to 400 cable channels and only watch CSPAN and ESPN8? OK, this person, like “The Ocho”, is only around for one day maybe, but you know what I’m talking about.

Zemoga: Building the Future of TV

The internet has democratized TV and in today’s world, consumers expect better when it comes to TV – from the user experience to the way content is packaged to individual users.

Every media company, old and new, is fighting tooth-and-nail to acquire and retain customers. How those customers find what they know and discover new content, relevant to them, and maintain a viewing relationship with that content is the golden ring for these services.

Experiences matter. So, in order for companies to compete in the “Streaming Wars”, they’ll need to embrace customer experience at a level far beyond what they have in the past. Experience must be driven by Design Thinking principles where the customer journey is paramount and emphasizing product, programming, brand, and business are all designed around the customers desires first.

For over 16 years, Zemoga has dedicated itself to creating ground-breaking customer experiences by leveraging research, technology and world class creativity. We supercharge leading Media and Entertainment companies such as Hulu, HBO, and Sony Playstation Vue to build best-in-class digital video products that drive discovery, awareness, engagement, and retention. 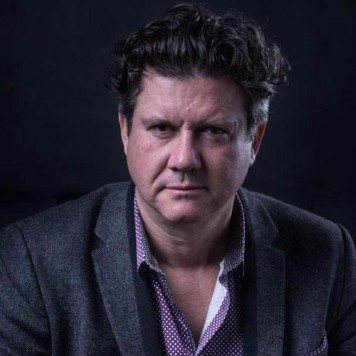