How media companies are developing streaming apps in 2020

Partner of Zemoga and Consultant for Direct-to-Consumer & OTT Video, Kirby Grines, shares an article that covers two topics: a brief manifesto about how he ended up in the media and entertainment industry, and the shift he’s seeing with streaming app development in 2020. About a year and a half ago, I was writing about a new mobile video startup, New TV (now known as Quibi) for my newsletter. The company was founded by “the legendary” Jeffrey Katzenberg and even though his idea of a subscription-based, mobile-only streaming service raised some eyebrows, everyone agreed on one thing — you don’t want to bet against Jeffrey Katzenberg.

At the time, I had no clue who Jeffrey Katzenberg was, but I’ve since learned that the man has a tremendous track record. He turned Disney around in the late ’80s, co-founded Dreamworks SKG and then sold to NBCUniversal in 2016 for $3.8 billion.

In January 2018, Meg Whitman, one of the most powerful women in the business world, was named CEO of Quibi. I met Meg in 2004 while she was CEO of eBay, a company she took from $5.7 million to $8 billion in sales before pulling off one of the all-time great turnarounds in corporate history as President & CEO of Hewlett Packard.

Pairing a highly-acclaimed media mogul with one of Silicon Valley’s most powerful women, and that’s a dynamic duo that’s though to bet against. It’s a confluence of entertainment and technology, the same driving force that’s completely disrupted the television industry.

I’m not from ‘round these parts

It brought me to this realization. Although I’m entrenched within the entertainment industry, I’m not originally from these parts.

As the collision course between entertainment and technology ensued, TV networks began to think about building internet-based products, and media executives found themselves in the online world. And I found myself, a creative technologist, smack-dab in the middle of the entertainment industry.

So, while I didn’t know the likes of Jeffrey Katzenberg, I was more familiar with names like Tim Berners-Lee and, of course, Meg Whitman.

But Roku changed that

At Streaming Media West 2009, a little-known company by the name of Roku announced they would open up their digital video player (which spun out of Netflix) to third-party apps.

Around this time, I co-founded a digital agency and we became Roku’s first development partner. Prior to recently selling the business, we designed and developed hundreds of video streaming apps not just for Roku, but across other leading mobile and Connected TV platforms.

Ten years ago, I found it very difficult explaining what I did for work at family functions. I would hear responses like, “Internet on television? Wait, apps on TV? Like mobile apps?” Now my family’s asking me about the streaming wars.

We’ve come a long way. When I entered this space, Roku didn’t even have a Channel Store and only had seven, yes seven, apps available; Netflix, Amazon Video-on-Demand (now PrimeVideo), MLB TV, Pandora, Revision3, Flickr, and TWit. Fast forward eleven years, The Channel Store features over 5,000 apps, Roku’s since filed for IPO and the company was the top tech stock in 2019.

Although streaming platforms have seen a lot of changes throughout the years (remember Boxee, WDTV, Netgear, and Popcorn Hours), some things have remained the same.

When deciding to launch a video streaming service, one of the first things you’ll want to determine is which devices and platforms you’ll want to support. Although Quibi will in fact allow its users to watch its programming on television, it’ll be supported via Chromecast and Airplay. The product will primarily, if not only exist, on iOS and Android. For most every other OTT video service provider, it’s critical their offerings be made available across every screen, device, and platform.

In my opinion, there are about a dozen platforms that are worth considering. All have their own unique programming languages and software development kits. Refer to the high-level breakout below:

* Amazon Fire TV’s listed twice as apps can be built as an Android App or HTML5 web app.

It’s important to note that some of these platforms also have different resolutions, processing power, and operating systems, so you’ll want to consider which device models you’ll want your apps to support.

Once you decide which platforms, devices, and models you want to support, you need to have those skills, and they can sometimes be hard to find.

By the time Roku debuted its Channel Store in late 2009, Apple had announced that developers had already created over 100,000 apps for the platform, despite only launching a year earlier. Most of those apps were productivity-based, casual games, GPS, and order tracking. There weren’t that many video streaming apps…yet.

In the OTT’s early days, media companies would typically leverage their in-house IT teams to build out their websites and backend infrastructure. They would turn to experienced third-party app developers for everything else. Sometimes, even hiring a separate company for each individual platform.

By 2017, 27% of OTT video service providers said they’ll build some of the apps themselves but will leverage the expertise of external developers for others.

In the last five years, many media companies have begun to transform themselves into OTT video service providers, signaling a chain of video tech acquisitions. Disney spent a total of $2.58 billion dollars acquiring BamTech, the digital media company spun off from MLB Advanced Media to fuel their own direct-to-consumer services (Disney+, ESPN+, Hulu, and Hotstar). Endeavor acquired the digital video technology company Neulion for $250 million in order to bring the technology used to live stream UFC fights in-house in addition to building a foundation for future digital growth. Turner Broadcasting System paid close to $200 million to acquire a majority stake in streaming company iStreamPlanet.

Through my consulting business, 43Twenty, I’ve witnessed more and more companies prioritize bringing their app development in-house, some moving faster than others. There are several reasons for this changing trend.

I’ve recently gotten to work alongside Zemoga on a couple of projects, and I’m continuously impressed with the team – from the culture to their commitment to excellence. I’ve just recently joined their team as an advisor.

The company’s been driving innovation in media and entertainment for over 15 years. Their global team of OTT experts helps companies navigate the media landscape by providing an understanding of the pitfalls and opportunities of OTT while bringing transparency to the total cost of ownership.

Zemoga provides dedicated OTT engineering and design talent to leading companies, such as Hulu, HBO, Sony Playstation Vue, so they can get their OTT solutions off the ground. They fill talent gaps across what is often the hardest to fill roles in their organizations. Short term, long-term, on-site, and near shore. If there is a void, they can fill it. And their OTT app experts will seamlessly integrate into your project team.

If you’d like to learn more about how the team at Zemoga can guide the implementation of a profitable and sustainable OTT app solution, I invite you to get in touch with them today. 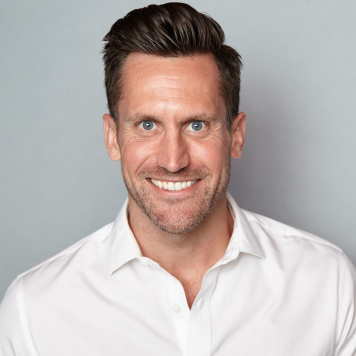