We asked our fellow Zemogians to tell us what made the biggest impact in their lives over the past decade, and what they think is coming up in the 2020s. Here’s what they said… 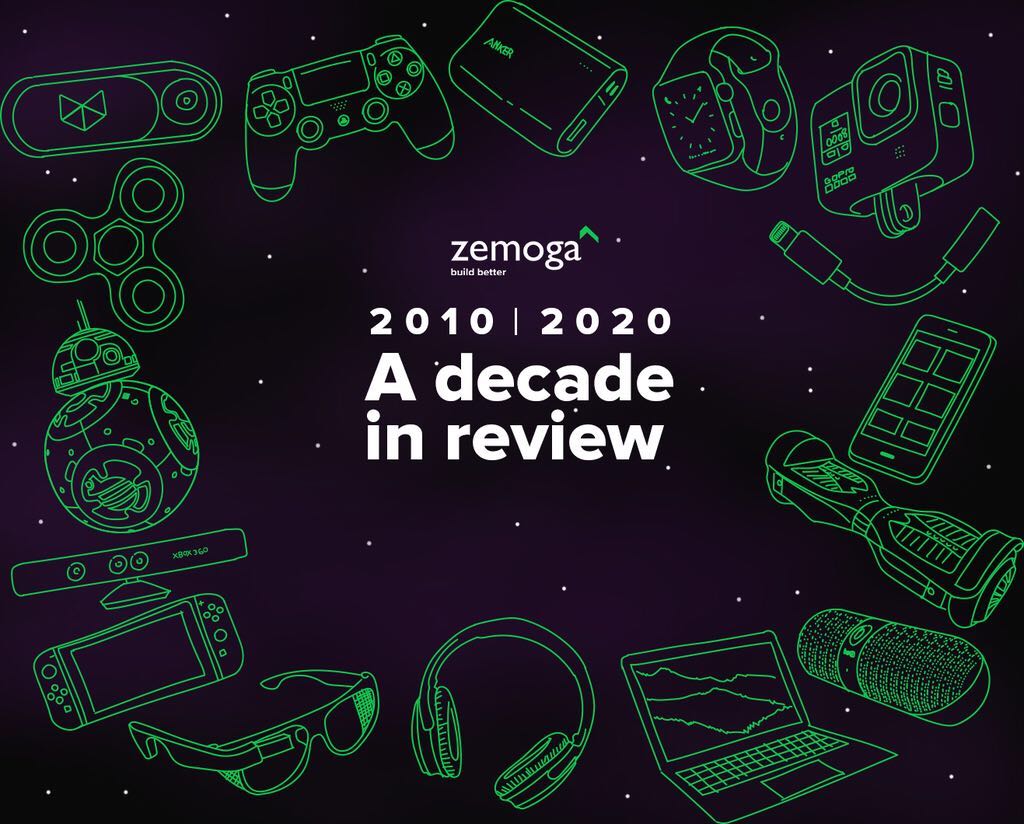 We can’t believe the decade is over! It makes us nostalgic, as we saw more technological applications that changed our lives more than ever before, and it excites us as we’re facing a new decade of breakthrough and game-changing technology. We couldn’t be more ready to face the upcoming decade!

The best description we can give for the decade’s technological progress is that it’s been a hell of a ride. Technology is having a huge impact in everyone’s life, so it’s accurate to say there couldn’t be a more exciting time to be alive!

We asked our fellow Zemogians to tell us what made the biggest impact in their lives over the past decade, and to tell us what they think is coming up in the 2020s. Here’s some of their points of view:

What in the last decade made the biggest impact in your life? And what do you think is coming up in the 2020s decade?

In the last decade: The progression of LinkedIn, for two reasons: the most amazing jobs I’ve ever had were possible thanks to the social network, and the second one is because it saves me a lot of time in research. My network is constantly publishing articles of my interest.

For the next decade: Quantum computing is going to surprise us, and Artificial Intelligence is inevitable; I’m expecting a world ruled by data and robots.

In the last decade: Platform economies and services have made the greatest impact in the decade. We had a tech leap in the last ten years, passing from illegal content download to affordable (and legal) streaming services. People in general are leaning towards consuming cloud content instead of going through the hassle of downloading. This goes for all entertainment (apps, video games, movies, tv shows, news). Platform economies have also impacted the real world, with rippling effects in mobility, delivery and gig economy. Seems like every service is now a few taps away on your screen.

For the next decade: Rise of automation, machine learning and artificial intelligence will become more and more available to the general audience. Hybrid (augmented) reality also becoming available in spaces never before seen such as car and helmet windshields. The consolidation of platform economies will force governments to take action and define rules for them. Free market and competition will create consumer exhaustion, and people will start talking about multi-service integrations or fierce competition buyouts.

In the last decade: Multi-connection between devices (IOT), Big data and Whatsapp.

For the next decade: More connection due to technology, but also with a big component of real meaning for people using it.

In the last decade: For me, the most significant impact is Netflix and other streaming services, to the point that I don’t pay for a cable TV provider.

For the next decade: Social and community-based services. Taking advantage of what we’ve developed for commercial/profit services, but this time oriented to the 4.5 billion people in the base of the pyramid.

In the last decade: There’s been a multitude of tech breakthroughs in the last decade to list, so it makes it difficult to pick just one. But I’d have to say that the ubiquity of GPS tracking was the starting point for many of the apps and gadgets that we can’t live without today. Also, the fact that almost everyone is carrying around a camera for both photos and videos has made content generation explode, creating a whole new industry and disrupting the established ones, forcing them to adapt.

For the next decade: Mobile internet will overtake wired internet speeds and content creation apps will continue to make it easier for users to produce higher quality original content, so content curation apps and algorithms will have a big role to play.

Hopefully there will also be a breakthrough in battery technology, which is currently holding back the growth of electric transportation and mobile technology.

And finally but probably most importantly, AI. During the following decade I would expect to see AI start to integrate into more and more facets of everyday life. With what we’ve already seen in robotics and AI, I wouldn’t be surprised if by the end of this decade we have domestic AI companions/pets that can assist us with a wide variety of tasks.

In the last decade: iPhone and the death of Flash. It forced me to migrate to a different technology, having to learn from scratch *once again*. JS/Node in this case.

For the next decade: The rise of quantum computing. AI self-programming.

In the last decade: For me, WhatsApp and IM in general had the biggest impact. I think it gave everyone the ability to be connected with their loved ones all the time and also saved everyone a lot of money in long distance calls. It also made work (just at the beginning) easier with group chats. It definitely improved everyone’s lives and it kind of made the final connections in this hyperconnected world.

For the next decade: Drones. It’s inevitable this will forever change the way humans interact with humans, and machines. Regulation will have to be constantly written as tech giants – and most companies with budget to do so will flood the world with them – and I’m not just talking about delivery drones.

In the last decade: WhatsApp is currently the primary form of communication I use with my family and friends. Using WhatsApp is something I do every day, and I can’t imagine life without it.

For the next decade: More virtual experience! For everyone, and integrated with everything.

In the last decade: I think platforms like Uber, Rappi and Domicilios.com have forever changed the way we order food as a more efficient, comfortable way to commute, and making it much more quick and comfortable to order, track, and enjoy our favorite restaurants.

For the next decade: AR services, full immersive games and better ways of transportation.

For the next decade: Augmented Reality, and transparent screen mobile phones: a vintage branch will probably be developed, returning to old models with new technology. Apple likely won’t be able to stay as revolutionary (since in the next decade Jobs will not be among us). Google will lead, and Amazon will keep moving up, controlling the human interaction transactionality.

In the last decade: Navigation applications like Google Maps/Waze have been of great benefit for me. I won’t go anywhere without first checking first any of those apps for planning routes and times. Also, applications like Uber and similar applications have had a great impact on how we move around, creating new standards for how we interact with public transportation.

For the next decade: I’d hope electric cars become more popular and accessible, as these are a valuable alternative to oil-based means of transportation. Additionally, I think autonomous vehicles will play a major role in the upcoming future and will have an enormous impact on how we use our time when getting from point A to point B.

In the last decade: Face ID from Apple and facilitated user authentication.

For the next decade: More of the internet of things!

In the last decade: Freelancer.com. I could never imagine how far the internet could connect you. Freelancer.com connected me with my first job in the digital industry.

For the next decade: The freedom of the entire world education system is going to be challenged with several education platforms online.

In the last decade: Lots of things, but most of all, the opportunity to telework.

For the next decade: Virtual reality, I hope. 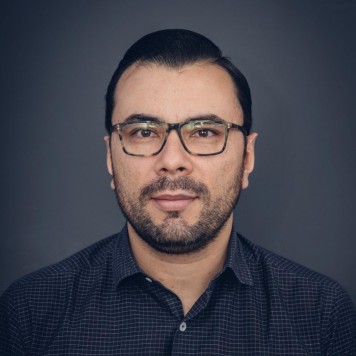