The iPhone is 10 years old. The App Store, once the driving engine behind innovation, is now boring. And in that time, your company has gone mobile. It’s fiddled with an app of its own. It’s optimized checkout flows, gone all in on social, and remember toying with that wearables idea? The point is: tech is looking less like the Wild West, and more like settled business on some fronts. For now at least. Out there looming are technologies that could upend various sectors once again. New digital experience models could change how consumers and businesses discover, shop, and use products, and reshape the perception of products, themselves. Here are a few of the next-gen technologies to keep an eye on to stay on your toes.

Alexa, what’s the future of tech? For years, giants like Amazon, Apple, and Google have been trying to crack the riddle of A.I. powered voice assistants.

Why do they want this, and why should this matter to you?

In short, tech analysts like Ben Thompson view voice assistants as entire operating systems.
The easier it is for a company like Amazon to be conveniently embedded into your life, the more likely you are to buy from them. If you’re Apple, it means customers are more likely to continue to buy Apple products. If you’re Google, it means you gather more data and continue adding value to your advertising offerings.

With a newly-announced Echo from Amazon, and rumors abound about an A.I.-powered speaker from Apple, this could be the year that these kinds of devices go mainstream. Not convinced? Look at how naturally children interact with an Amazon Echo in a video produced by CNET. Those kids are growing up expecting to be able to talk to devices. And they’re not just going to expect it at home.

What would an Alexa-powered sales bot enable in a retail environment? What kind of financial advice could it provide people in plain, actionable terms?

Just be careful out there. Google faced a reckoning after users started receiving advertising for the recent Beauty and the Beast movie.

Even though we’re living through the age of the smartphone, we’re surrounded by things that are dumb. That is, not connected to the internet, and that don’t take advantage of the power an internet connection affords. IoT devices look to radically change the experience of using everyday items – generating massive data trails, changing consumer behaviors, and creating new business models.
Perhaps the most successful smart home product is the Philips Hue light. They’re LED bulbs that let you control their color or color temperature with an app on your phone. Or, crucially, via voice using Siri.

Why should you care? Even though IoT has not built the momentum that some predicted, firms like Gartner still think there will be 25 billion devices connected by 2020. Those won’t all be smart desk lamps. The combination of voice as the primary interaction interface and a proliferation of devices in industries like travel, retail, finance, healthcare, and manufacturing could be quite disruptive. Deloitte envisions debit and credit cards loaded up to smart IoT devices, reimagined ATMs and information kiosks at banks, while IBM is building comprehensive IoT solutions for brick and mortar stores and global manufacturing supply chains.

This is a big one. Augmented reality (AR) and virtual reality (VR) represent the biggest potential change to our lives (and our perception of reality). But really, only one is ready for the limelight, while the other may be several years away.

A quick explainer: AR uses technology to add things to the world that aren’t there. Like the filter in Snapchat that adds dog ears, or the charmander the next block over in Pokémon Go. What if you could use augmented reality to collaborate on a project with people thousands of miles away? You could view and manipulate 3D models as if they were right in your office.

The AR wave has already started and now seems to be in full bloom. IKEA created an app so customers can see what their furniture look like in their homes. Ever see your kids use a sponsored filter in Snapchat? Both of these examples are AR.

You can accomplish this with many of the screens you currently own. But with devices like Microsoft’s HoloLens shifting to production scale, this technology is set to become even more deeply embedded in our lives.

And VR? This is the one that’s likely years away from mass penetration. With VR, you put on a headset that can still vary wildly in quality, and run software that’s likely either a video game or a well-produced tech demo. Don’t get us wrong. VR whisks you away to another world when it works well. It’s the kind of potential that Facebook saw when they purchased Oculus for $2 billion in 2014. But for now, VR costs more than most consumers are willing to spend, and the software interfaces and experiences are still in their infancy.

VR is a space to innovate in, like Samsung has with their Gear headsets, the United Nations with on-location exposes, and the experiments of some forward-leaning brands. But as Facebook’s recent closing of its VR studio signifies, the technology is not-yet-quite-ready for primetime.

Over the top content is not new technology per-se. Put simply, OTT is video served over the internet instead of broadcast or cable. YouTube’s been around since 2005. Major League Baseball turned its robust, high quality streaming technology infrastructure into a lucrative, billion-dollar business.

But now video offerings over the internet are going big league (that pun very much intended.) We’ve seen the emergence of the skinny bundle: a package of traditional cable channels that consumers can watch live, on whatever screen they prefer, for much less money than cable.

The recently launched Hulu with Live TV and YouTube TV have brought the credibility of two established video juggernauts, better user interfaces, and more reliable streaming technology to the space.

That said, this is a market that’s still taking shape. The things that make Hulu and YouTube’s offerings compelling — the interface, and the technology, are the hardest to pin down. We know this personally, having worked on OTT offerings for many of the leading players. All the standard functions of the web and mobile are being rethought in OTT – logins (since many still require your cable login making it cumbersome), search, recommendations, multiple user profiles, advertising, monetization, etc. Great content will pull in users but has to be paired with a sexy, intuitive experience to drive adoption, usage, and retention.

All of these emerging technologies have the typical challenges of dreaming up, designing, and building amazing experiences that support a real world business model. If you’re thinking about (or rethinking) your approach to emerging tech, Zemoga has been solving problems and creating opportunities in digital for over 15 years. Reach out to get the conversation started. 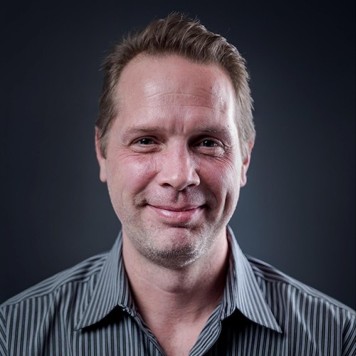