Will the real value of that Apple Watch app please stand up?

When I started to think about writing a piece on Apple Watch I was certain I would talk about the device from a rather skeptical angle. All the annoying buzz, added to the fact that I’ve not used a wristwatch in more than 15 years, had me very pessimistic about the success of this gadget. Read more

When I started to think about writing a piece on Apple Watch I was certain I would talk about the device from a rather skeptical angle. All the annoying buzz, added to the fact that I’ve not used a wristwatch in more than 15 years, had me very pessimistic about the success of this gadget. However, at some point last week, in the middle of the process of actually writing the article, I finally had the chance to really think it through and realize the potential of new, paradigm-breaking devices like this one.

Many out there are frustrated by the fact that Watch apps are not 100% standalone and depend (at least partially) on an iPhone. This is true because the technical architecture of this first generation of the Apple Watch is very limited in terms of how much load you can put on it. It also has to do with the purpose this kind of device is supposed to serve, from a strategic point of view.

It’s a companion device. It’s a peripheral to the CPU that is the iPhone. Think of it as a sidecar for a motorcycle, as a Robin for a Batman, as a Garfunkel for a Simon. [EDITOR’S NOTE: We have banned JDV from all future analogies]. You can either look at it as a very weak and limited companion or as a companion with special abilities.

Now, the question many are asking is: does the iPhone need a sidekick? Well, iPhones are great and recent versions are capable enough to edit video, stream audio and process 3D graphics at unbelievable speeds. However, they’re sometimes too much when all you need to do is check the time, read that Twitter mention, check the weather, see the score of your team’s game or find out the name of that song Pandora’s playing and maybe save it as a favorite. Reaching out to your pocket to pull out your phone and look at its bright giant screen when you’re with people not only sounds like a lot of effort, but also (and more importantly) it has a social cost —which is becoming more and more true with time. In the future you will want to remain connected, but will definitely prefer to be more discreet, if possible.

Does all this mean that every product should have a Watch companion? No. Like it happened with the inclusion of widgets in the notification center in recent versions of iOS, every other app rushed to conquer that special place of their users’ screen, but not many really had a reason to do it. For a product designer, this decision has to come from the users and what’s important to them. If that shiny feature you pushed into your users’ watches has no value in that context or is simply impossible to operate, those users will punish you by ignoring it, or worse.

We at Zemoga keep talking about user experiences and how these are larger than what happens within the limits of a screen of an app. Think of an experience as a huge flying spaghetti monster, with a bunch of tentacles that belong to the same creature, but extend to reach and connect to other undetermined places. This sounds complex because user experiences are complex. Say you have a pretty iPhone app on the App Store. It’s never just about the app living as a standalone thing. Just take two minutes to think outside that box and visualize the entire experience around your users’ interaction with that app:

Asking yourself questions like these, talking with actual or potential users, mapping the entire experience are all good exercises in order to understand the user in a more holistic way and create an inventory of the many touchpoints where your product can provide value. Those touchpoints give you a better understanding of your users’ needs in different contexts and can be translated into opportunities to expand the functionality of your product to other devices like the Apple Watch.

It’s all about context (a practical example).

Let’s think of an airline and their iPhone app, which probably offers all the functionality you would expect to find in a decent airline’s app: ability to book a flight, deals, information specific to your mileage program, an option to check-in, information about your flight, access to your boarding passes, etc. It looks like a very solid app, including all the basics and more.

Now let’s take a step back for a second and think about the experience of flying, which is full of touchpoints—moments in which the customer is interacting in any way with the airline and the experience of flying with that airline. The moment you get to the terminal and check-in, when you’re going through security, that block of time before you board the flight (maybe you go to the food court, maybe you ask an attendant for an upgrade, maybe you’re running from one terminal to another to catch a connecting flight), the moment you’re finally at the gate, the moment you’re about to board the plane, etc.

All these touchpoints are opportunities for our airline to add value through different devices according to whatever makes most sense: could we say, for example, that right after you’ve gone through security, your phone (the one you used to purchase your tickets) takes a backseat and your watch becomes your go-to device from that moment on?

We’re covering pretty much all the same functionalities you already had in this airline’s app, but now some of them are being distributed to the device that is most convenient for you in that context and in that moment. We’re improving your overall experience as a traveler, giving you extra reasons to choose this airline again the next time. We’re creating loyalty through user experience.

There’s a huge opportunity in creating experiences that live in this new device, but not every single idea will succeed. Product designers need to be smart and think of the entire experience their product can provide and, as always, find smart ways to distribute that experience among different devices (desktop, laptop, TV, tablet, phone, and now watch), thinking always about the relation between task, device capabilities and context.

As for the things you want your users doing on a Watch, it just requires a bit of common sense: asking Shazam to find the name of the song that’s playing in that bar? Yes, please! Buying plane tickets and booking hotels for that multi-city trip around Asia? Hmmm, maybe not yet. 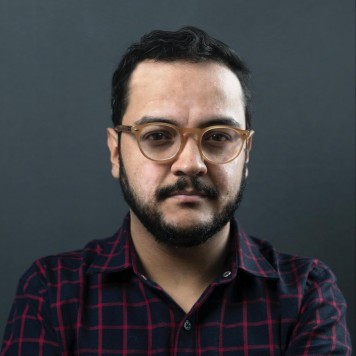