At Zemoga we are really into gaming, we build them for clients, sometimes for our selves and we of course play them (see our blog post about the platforms we all love). So when I saw this article on WSJ.com it got me thinking. Some of the recent hits I have read about are by Read more

At Zemoga we are really into gaming, we build them for clients, sometimes for our selves and we of course play them (see our blog post about the platforms we all love). So when I saw this article on WSJ.com it got me thinking. Some of the recent hits I have read about are by indie developers and are lower cost games.

One example is the awesome Castle Crashers by The Behemoth on Xbox 360, and yes that is my hand at the end of our video on consoles with PS3 – I am a PS3 player but I have friends and they loves them some Xbox. We conceptualize a lot of games for clients regardless of their industry since it is such a good vehicle for brand interaction and viral marketing – if a game is fun you are gonna share it. That is what makes this article so interesting is that so many developers are only making money from a small portion of the players of their games. They are allowing the basic game play experience for free and additional content is where they are making their cash.

One great thing that this creates is a really love for making the games. The designers want these to be games they are proud of and are enjoyed by the fans and casual gamers alike. There is a great part in the article that sums up how the love of creating something can be so much sweeter than trolling away:

“Joining Flashbang was a much-needed change of pace for Mr. Swink. For more than a year, he had toiled in a Los Angeles office complex working on the newest release of skateboarding game “Tony Hawk Underground.” As an employee for Neversoft, Mr. Swink was working 16-hour days during the hectic end of the production cycle and had thrown personal care to wind. “I had hair down to my waist and I was getting fat,” he says. “I was a disgusting, ragged hobo.”

Mr. Swink quit his job, moved to Tempe, Ariz., and joined Flashbang Studios to work on his own creations. But far from being a starving artist, Mr. Swink has managed to buy himself a house and he has more time to himself. The office has a mountain unicycling club and most days they only work six hours a day, four days a week.”

Now that’s a change in lifestyle and business mentality. Since most of the games we develop are more adver-gaming, I wonder if there is a market in giving some of the experience away but charging for a more robust offering for advertised products? My opinion would lead more towards free product than purchased content. I think the US consumer is not at that point where they would pay a company for something that is then advertising to them. It will be interesting to see how this may progress.

For the entire article head here 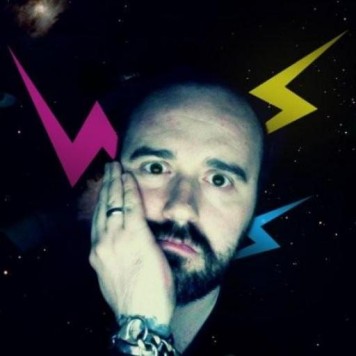